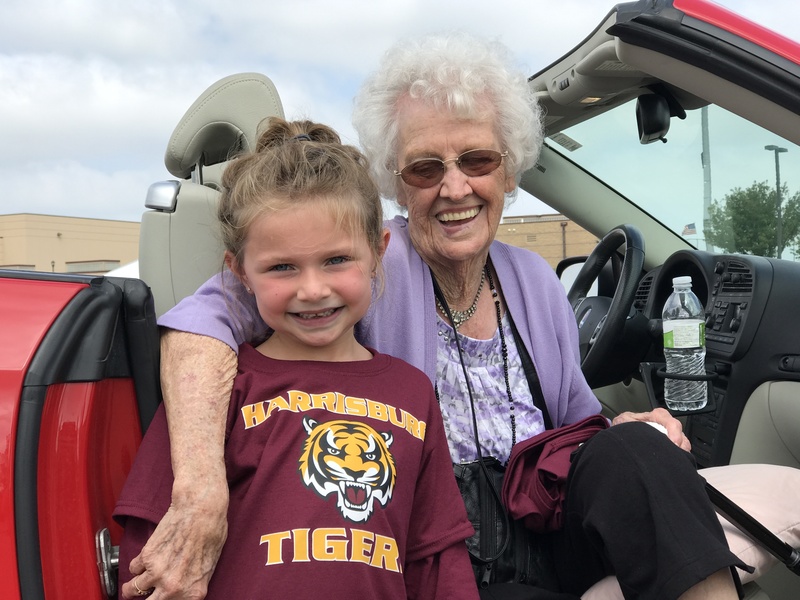 HARRISBURG, SD, September 14, 2018 – Harrisburg School District wrapped up their homecoming week with a historical parade this afternoon. Over 5,000 were estimated to line the streets of Harrisburg as 113 floats waved and tossed candy out to spectators. Harrisburg is celebrating their 125thyear as a school district this year and as part of that celebration two Harrisburg Tigers were honored for their unique standing in the district. Grace Aleck is 96 years old and graduated from the class of 1940, 78 years ago. Blakely Langner turned 5 on the second day of school this year and will graduate in 2031. The pair rode together as part of the unifying unofficial motto for many in Harrisburg, “Once a Tiger, Always a Tiger.”